TORONTO, ON—In a move widely-praised by government officials and the public alike, the Canadian government has unveiled a ground-breaking plan to tackle the epidemic of student unemployment in the wake of the COVID-19 outbreak—raising the deposit price on Coors Lite cans to 20 cents.

“We knew we had to do something when we saw someone had tagged the prime minister in an online job advertisement. This epidemic needs to be tackled head on with the compassion and care that we reserve for our nation’s students – the future of this country,” says Employment Minister Jacqueline Richardson.

“As so many of our problems require us to do, we looked back at our own history for possible answers,” continues Richardson, speaking to the press early Thursday morning. 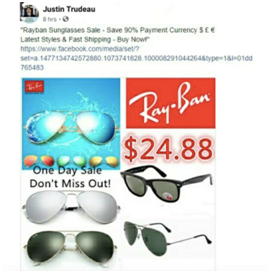 The post that the Prime Minister received, which the
government released on their website earlier this morning.

“That’s when inspiration struck us. We considered the most financially stable and well-respected professions in our country, and we realized they all had something in common: some of the people in these professions drink Coors Lite!” says Richardson.

DISCLAIMER: Everything published under tagged under “satire” is fictitious and purely satirical. It is not intended to communicate any true or factual information, but instead is created purely for entertainment and/or commentary purposes. These stories should be viewed only as parody. Names used in Undivided Magazine’s satire stories are fictional, and any resemblance to actual persons or entities is coincidental, unintentional, and accidental. Any event described that actually comes to pass should also be considered coincidental, unintentional, and accidental…but also kind of funny?

❤🔒A little post on the West Coast of British Columbia where travellers and lovers leave a lasting memory 🔒❤🔑
"...His response further exacerbated my irritation—he didn’t say a word, he didn’t even turn around, he just flipped me off and continued to puff on his cigarette.
🌺🌷Spring is in the air! 🐣🌱 April is here so here's a photo called "Oh Deer" by @chrysadancey capturing the beauty of nature! 🦌
Deep and profound words in the poem "Rays of envisions" by the talented Aderolu Nuriyah - this is an inspirational and must read poem that you can find on our website today! ✅